Problems in Georgia that aren’t related to their re-opening

Another week is in the books, and that means another edition of #CurrentEventFriday. Normally, I try to stay above the fray, but an event making the rounds the last couple of days is worth discussing regardless of my aversion to controversy. 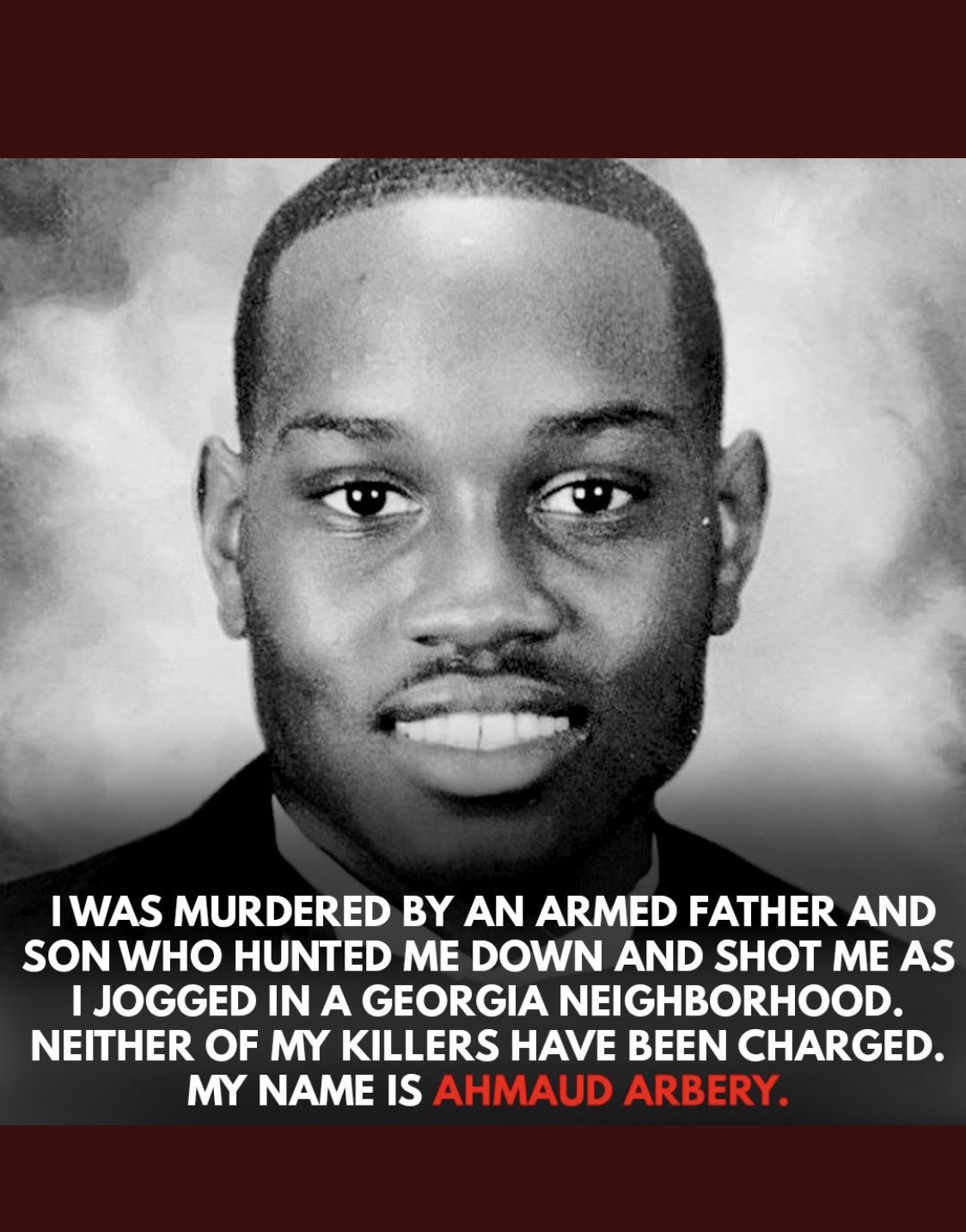 I saw a few posts like this one about the deceased gentlemen as the video began making the rounds and didn’t pay attention at first. Then, more news outlets and more accounts I follow on social media began sharing about it and the story is tragic. The events that led up to the death of Ahmad Arbery in the video seemingly point out an indefensible act of racism and vigilantism. Arbery was out jogging in a white neighborhood of Brunswick, GA when he was spotted by Gregory McMichael who believed Arbery was a suspect in a recent series of robberies. Gregory McMichael called for his son Travis McMichael to get their guns, a .357 Magnum and a shotgun. The pair then got in their pickup to confront Arbery. While the McMichaels chased Arbery, their friend William “Roddie” Bryan followed behind their truck and videotaped the encounter including the fatal shooting. In the video, Arbery attempts to evade the pickup and the McMichaels. Unable to do so, Arbery then tried to catch his breath. Gregory McMichael exited the truck and aimed the shotgun at Arbery. Fearing what could happen, Arbery tried to wrestle the gun away from the elder McMichael but in the struggle, the trigger was pulled three times and Arbery fell to the ground almost immediately.

Even more shocking, is the event in question happened in late February and the local prosecutor decided not to bring charges against the McMichaels as the event was only described by the McMichaels. The prosecutor also chose not to prosecute given his previous relationship with Gregory McMichael who is a retired law enforcement officer. The prosecutor recused himself and asked another local prosecutor to look into the case. With the new video being released by a friend of the McMichael family, the case has been re-opened, and charges of aggravated assault and murder have been filed against both McMichaels. They have also been arrested for those charges, and a charge for the friend who video-taped the encounter is also expected soon.

As the video made the rounds, notable activists with Black Lives Matter pounced on the event, calling out the white shooters. Everyone’s favorite NBA star and race-relations expert LeBron James even weighed in tweeting, “We’re literally hunted EVERYDAY/EVERYTIME we step foot outside the comfort of our homes!” Presidential Candidate Joe Biden excoriated the McMichaels as well for their racist tendencies and cold-blooded execution of Arbery. Many also pointed out that the date of the shooting in February was eerily close to the date of the Travon Martin shooting.

In memory of Arbery, mini-marathons are being organized nationwide to honor Arbery’s favorite activity—jogging. Hashtags promoting the name of Arbery have also been a means of support and solidarity for the family in the midst of the re-living of the traumatic event.

Normally, I’m skeptical of events like this, that usually involve on-duty officers and citizens. Even just this week, a shooting in Indianapolis involved a handful of officers and an African-American man driving at excessive speeds on the interstate. As the driver got out of the car and attempted to flee on foot, he was shot by officers and killed. So, naturally I look at that and am not entirely surprised at the tragic consequence. This doesn’t seem to be the case in the Arbery incident. It seems purely that the two white guys can’t tell black people apart and were suspicious of any black man in their neighborhood. Many skeptics have also found that Arbery has a criminal record and point to that as proof that he was up to no good, and that the McMichaels might have observed Arbery committing a crime. Sadly, without evidence to prove Arbery’s activities or his ability to give a statement, those are only hypothetical at best. Assuming the McMichaels saw Arbery committing a crime, there should’ve been no reason to shoot him, as securing him and detaining him might have been the better option as citizens rather that law enforcement detaining him.

It will be interesting to see how the trial plays out for Gregory and Travis McMichael as well as William Bryan. Given that we’re just five months into what has certainly been a wild and unpredictable year, the attention to this case won’t likely go way overnight. Be sure to stay tuned to next month’s episode of “What in the world is happening in 2020?” to see what new characters and storylines are added for your attention.

Should the McMichaels have called 911 and waited for officers to respond?