The city that never sleeps needs a nightlight

In a New York minute everything can change. Admittedly, today’s event took longer than a New York minute, however long of a measure that time is. So, start spreading the news, an important structure demonstrated that its construction brought light to inspire so many including this #HistoryMonday post.

On this day in 1886, The Statue of Liberty is completed, and dedicated by Pres. Grover Cleveland. Originally a gift of friendship from the people of France in commemoration of the centennial anniversary of the Declaration of Independence and Franco-American relations during the American Revolution, the statue is erected in the New York Harbor just over a decade later.

The official name of the statue is “Liberty Enlightening the World,” and was conceived by French historian Edouard de Laboulaye during the American Civil War in 1865. Following this conception, French sculptor Frederic-Auguste Bartholdi, designed the 151-foot statue depicting Columbia personified as a woman with an uplifted arm holding a torch. The steel supports for the structure of the statue were designed by Eugene-Emmanuel Viollet-le-Duc and Alexandre-Gustave Eiffel, the latter famous for his design of the Eiffel Tower in Paris. The exterior covering of the statue was made of copper. The tablet in Liberty’s hand is inscribed with July IV MDCCLXXVI which denotes the Fourth of July in Roman numerals.

Congress had approved a site for the statue in February 1877 Bedloe’s Island, upon a suggestion by Bartholdi. Harper’s Weekly and other enterprising individuals helped to encourage fundraising efforts to build the statue.

By May 1884, the statue was completed in France, and three months later the Americans laid the cornerstone for its pedestal in New York Harbor. Nearly a year later, the Statue of Liberty arrived with building instructions for the Americans.

As the copper sheets were attached to the statue and the last rivet of the monument was fitted on October 28, 1886, Pres. Cleveland along with numerous French and American dignitaries celebrated the accomplishment.

Eventually the pedestal was inscribed with a sonnet “The New Colossus,” by American poet Emma Lazarus with aspirational verses for incoming émigrés in 1892. This was done thanks to nearby Ellis Island, which served as the chief entry station for immigrants to the United States, for the next 32 years. Lady Liberty as the statue has been euphemized, was one of the first sights for new immigrants to the U.S. before being processed at Ellis Island.

By the 20th Century, the copper had begun to oxidize, and the statue took on its now iconic green hue. The torch in the right arm didn’t suffer this fate as it was coated with a golden covering over the copper-plating.

Ralph Pulitzer, publisher of the New York World began a campaign in 1916 to illuminate the area and celebrate its importance in New York. Eventually in 1924, Pres. Coolidge designated the statue as a National Monument. The Statue of Liberty and Ellis Island would eventually become a single entity as a National Monument. By 1956, Bedloe’s Island was renamed Liberty Island.

The statue underwent major restorations in the 1980s, the early 2000s, and even the last decade. A new standalone Statue of Liberty Museum began construction in 2016 that would offer access to many more visitors beyond those that visit the museum located in the pedestal. This new museum opened in May of this year. 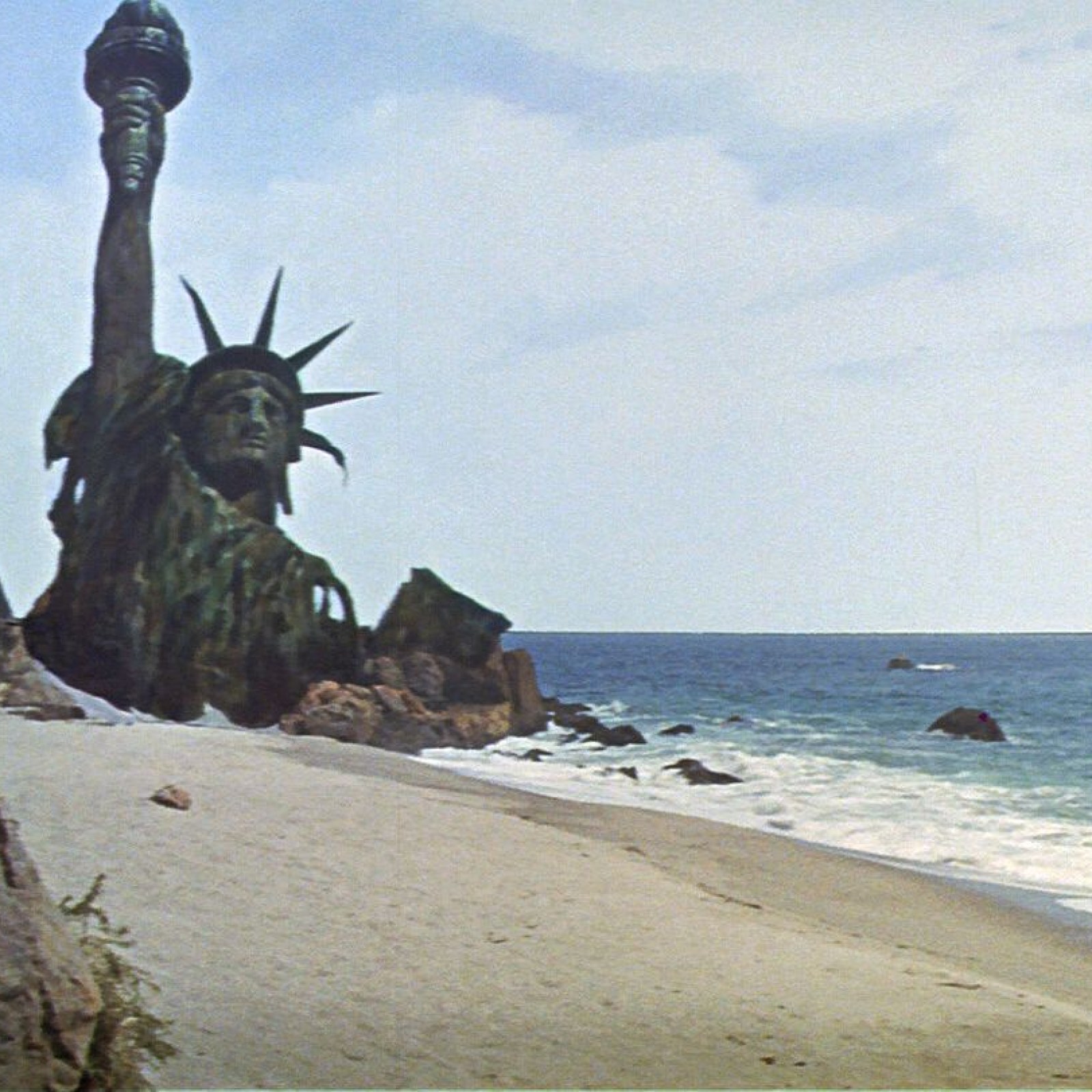 New York’s iconic skyline is easily recognizable with the inclusion of the Statue of Liberty. Even post-apocalyptic works of television and film feature pieces of the statue as a clue to the location of the characters in the work, chief among these is 1968’s Planet of the Apes. Likenesses of the statue are also included as part of political and athletic logos, including the New York Rangers, the New York Liberty, and the Libertarian Party. References and likenesses of the Statue of Liberty are often paired with Uncle Sam as the female counterpart to America personified.

Have you visited the Statue of Liberty?