History is made with the 44th President on this day

Hopefully as the calendar has changed to a new month, you are excited for today’s #HistoryMonday entry. Today’s post deals with everyone’s favorite subject—politics. I’ll try to stay above the fray and address the historical implications for the United States and for African-Americans specifically. 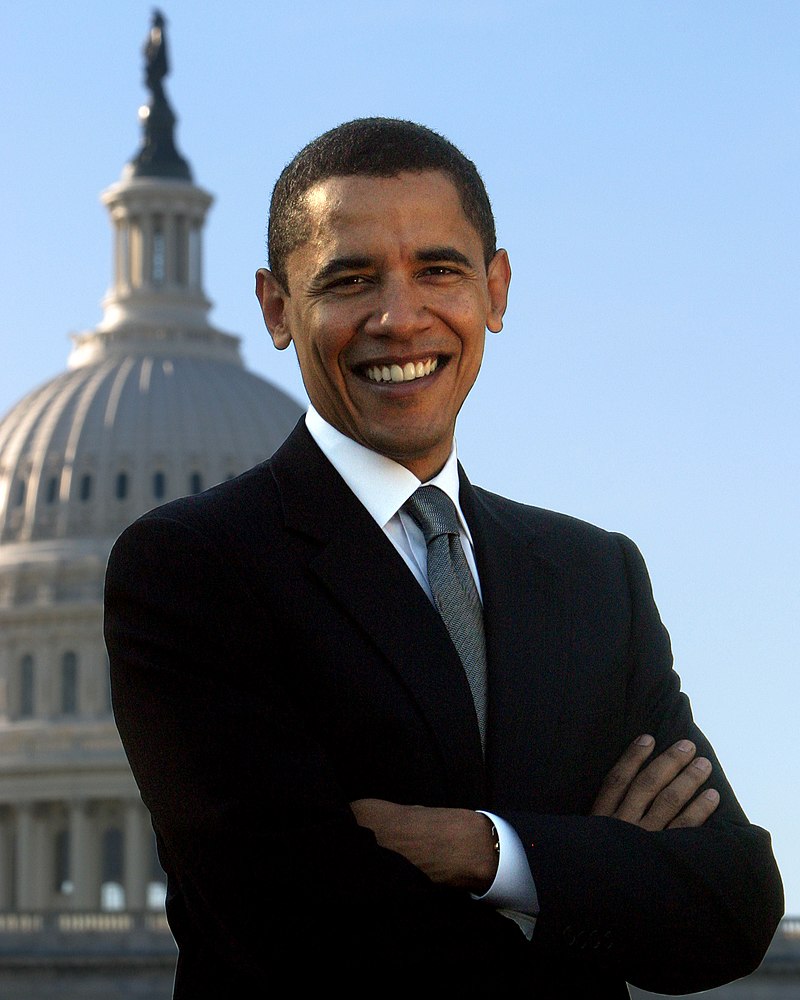 Born in 1961 in Hawaii to a white mother from Kansas and a Kenyan father, Obama graduated from Harvard Law School and was a law professor at the University of Chicago before launching his political career in 1996, when he was elected to the Illinois State Senate. Serving for 8 years in the Illinois State Senate, Obama was eventually elected to the U.S. Senate in 2004 and immediately gained national attention in Democratic political circles.

Pres. Obama was able to earn 365 electoral votes and nearly 53 percent of the popular vote, outpacing the late Sen. McCain who earned only 173 electoral votes and just a little over 45 percent of the popular vote. Pres. Obama chose Senator Joe Biden of Delaware to be his running mate, while McCain’s running mate was Governor Sarah Palin of Alaska. Had Sen. McCain won, history would have been made with the election of the first female Vice President. So, the election had historic importance regardless of the outcome.

Campaign staff chose Springfield, Illinois as the site for then-Senator Obama’s officially announcement of his candidacy for president. An Iowa caucus victory in January 2008 propelled him through the primary season to be the nominee over Sen. Hillary Clinton.

Obama’s team built a grassroots strategy for the general election season appealing to voters with their candidate’s natural charisma, unique life story and inspiring message of hope and change. The team also focused on appealing to young and African-American voters who identified with Obama’s demographic similarities. To this end, the campaign took advantage of the Internet to organize fundraising and voter turnout efforts.

Candidate Obama campaigned on pledges to get the U.S. out of the war in Iraq and drastically expanding healthcare access. The 2008 Recession caused Obama and McCain to provide solutions to address the economic struggles resulting from the Recession

President-elect Obama accepted the election victory at Chicago’s Grant Park, acknowledging the historic significance of his victory stating, “If there is anyone out there who still doubts that America is a place where all things are possible, who still wonders if the dream of our founders is alive in our time, who still questions the power of our democracy, tonight is your answer… It’s been a long time coming, but tonight, because of what we did on this date in this election at this defining moment, change has come to America.”

Pres. Obama was inaugurated on January 20, 2009 in Washington, D.C. according to the Constitutional process spelled out for the U.S. President. Pres. Obama would accomplish the campaign promise to expand health insurance coverage very shortly after with the passage of the Affordable Care Act, also known as “Obamacare,” as an allusion to his efforts in the healthcare expansion.

After serving his first term, Pres. Obama was re-elected on November 6, 2012, defeating Republican Mitt Romney to win a second term in the White House. Pres. Obama completed his second term on January 20, 2017.

The election of Pres. Obama as the first African-American President is remarkable since governors, congressmen, and senators of African-American descent had been elected much earlier and often. Many of these political figures were elected within the first decade after the Civil War.

Pres. Obama’s presidency was also significant as mentioned for the historic expansion of health insurance coverage beyond private companies, establishing government agencies to oversee the administration of insurance.

Per his promise to end the Iraq War, Pres. Obama eventually withdrew troops from Iraq ending the almost decade-long conflict in the region. Pres. Obama did also accomplish a significant victory that had eluded his predecessor, by killing Osama bin Laden.

Pres. Obama’s progressive policies drew sharp criticism from conservatives just after his inauguration and saw Republican gains steadily each election cycle during his presidency. This also saw the rise of conservative media outlets that criticized those policies alleging the predominance of mainstream media outlets were amenable with Pres. Obama rather than maintaining independence. The reaction to these progressive policies also led to many voters electing Pres. Trump in 2016 who viewed the policies as unhelpful for the country and particularly divisive.

After leaving office, Pres. Obama has become a pseudo-celebrity appearing on Netflix specials and political conventions. Recently, Pres. Obama has also used his position to endorse candidates in 2018 and 2020. Just a few weeks ago, Pres. Obama endorsed Justin Trudeau for re-election as the Prime Minister of Canada. Surprisingly, Pres. Obama has yet to endorse a 2020 Presidential Candidate, which includes his Vice President Joe Biden, his former HUD Secretary Julián Castro, and fellow Hawaiian Rep. Tulsi Gabbard.

Do you think Pres. Obama will endorse anyone in the 2020 Presidential Election.